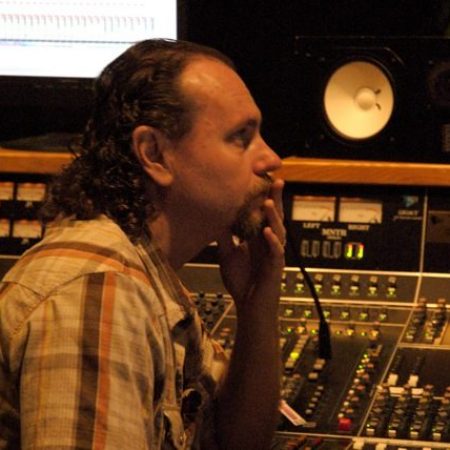 Australian Michael Flanders is an award-winning producer/writer and co-founder of Paci c International Music Publishing. Over his 40+ year career, he has built up a publishing catalog of over 1100 songs with administration over 12 other existing high-pro le catalogs. His production credits include Josh Arnold, Nik Phillips, Jill King, Garrison Starr, American Idol Semi-Finalist Siobhan Magnus and Multi-Platinum selling artist Nikki Webster.

In the 1980’s and 1990’s Flanders achieved acclaim in his native Australian market; rst as a sta song-writer with Warner/Chappell Music, later working with Arctic/BMG Australia then as a producer for Alternative and Pop acts in Australia. He received ARIA (Australian Record Industry Association) recognition for his work with the Australian pop artist Chaise, producing a string of hit singles album that spawned a number one hit song, Only Be Me. Flanders relocated to Nashville in April 2007, opening Paci c International Music. He completed more than 50 projects in just 5 years, producing 19 Hot 30 Country singles, 4 of which made it to #1.

Flanders’ trademarks as a producer have been his experimental and ‘hook heavy’ approach to creating organic-sounding records. He is known for his involvement in a project from conception through to nished product. Three records with Coles Whalen, Jill King and Mitzi Dawn cemented his status in the Americana and Alt Country scene. In 2010, American Idol Siobhan Magnus began a series of writing and recording sessions under the direction of Flanders and his team, resulting in her rst album Moonbaby, released in 2012. Flanders then nished writing and producing a record for multi-platinum pop star Nikki Webster in 2014.

Since 2016 Flanders has managed a fruitful music catalog for Iowa company Triumph Asset Management, targeted for the Nashville country market with around 300 titles including over 100 master recordings. In addition, he formed MIB Entertainment with Dave Schumacher to focus on music publishing and artist development for the international country market.

Flanders continues to have a hand in many musical pies in Australia and overseas, acting as musical director for BMG Nashville showcases, writing and producing albums and singles for artists including Jeremy Parsons, Floyde T Wilder, Jared Hill, Shane Cool and Michael McGregor. He capped o a successful 2020 when Performer Magazine commissioned Flanders to write an 800 word article on how to record at home for an international release product.

Return Home
Thank you for your interest in joining The Audio Mill, Australia’s Audio Community. We have received your registration form and are currently in the registration process.